Welcome to Our Region’s Premier Organization for International Business Scholars

The AIB-MENA chapter was founded in 2009 to provide a regional focus. Not only is this region strategic from a trade perspective, but also in terms of finance (growing importance of Islamic & Sharia compliant banking), investment (size of sovereign wealth funds, FDI inflow) and tourism (above world average growth rate and regional investments). 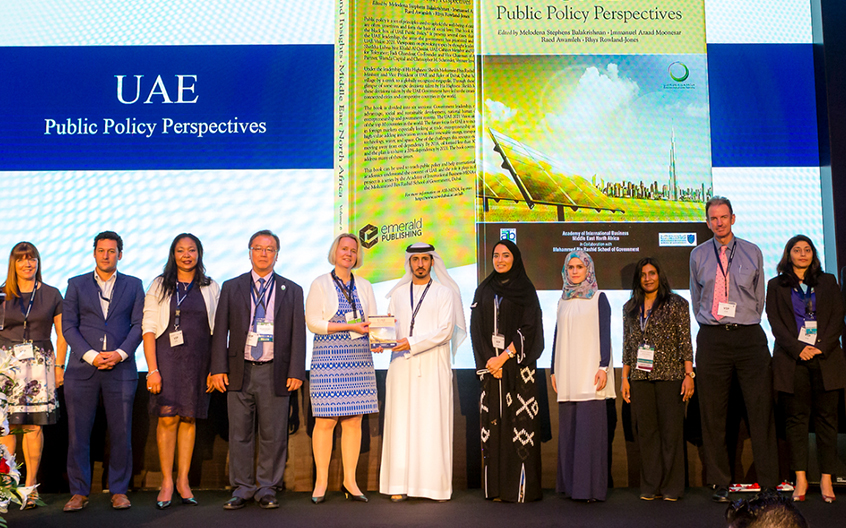 The AIB-Middle-East North Africa chapter has the following three areas of focus:

The MENA region faces a set of unique challenges. Although oil resources represent a significant part of GDP in a number of MENA countries, significant efforts are being made to diversify oil dependent economies. Human capital is largely expatriate. MENA as a region spends 5% of GDP on education and is currently investing in developing human capital  (World Bank, 2009). Our purpose is to help bridge the gap between practical application and knowledge development.

With regards to marketing, issues like Islamic marketing, Islamic banking and even concepts like halal are just being understood in the west. AIB-MENA is positioned uniquely to foster research and help in networking using its huge member base. Most marketing here spans countries and with the potential of a unified GCC currency, huge infrastructure development which will makes this region a logistics hub. Cultural diversity and the importance of luxury branding will also make this field of international research interesting. Our purpose is to bridge the gap between research and industry requirement. According to Robertson et al., (2001), less than 1% of the 236 articles published in a 10 year period between 1990-1999 in a prestigious journal focus on an Arab country in the Middle East.

Our purpose is to act as facilitators and find industry, government, business and academic patrons who will contribute to the internationalization objectives of the AIB. Patrons who are interested in sponsoring the AIB-MENA chapter should get in touch with Immanuel.

Check here all our Publications.

Committed to supporting the community through her Circle of Hope Institute, she focuses on a wide variety of initiatives. These vary from promoting healing through reading and the empowerment of women to Beacon of Hope, her humanitarian initiative that brings light to children suffering from energy poverty.

An avid researcher, Her Highness Sheikha Shamma has delivered papers at academic conferences, both locally and internationally, in the fields of gender studies, knowledge transfer, consumer behaviour, Emiratisation and financial literacy.

She is currently studying for a Master’s degree in Sustainable Leadership at Cambridge University, UK. www.sheikhashamma.ae

Prof. Mezias has been on the editorial boards of prestigious journals like: Management Science; Organizational Science; Journal of Management and Administrative Science Quarterly.  He has taught in the past in the New York University, The Stern School and Yale University School of Organization and Management. Stephen’s current research focuses on cognitive and social aspects of institutional processes, especially as they relate to legal environments, the emergence of new industries, the production of culture, organizational learning processes, and cultural differences and similarities in performance evaluation. More about Prof. Mezias: http://www.insead.edu/facultyresearch/faculty/cv.cfm?cid=1100

Shurooq AlBanna graduated as one of the top UAE students in 1998 and received the Rashid Academic Award for excellence. In 2004, she graduated with a Bachelors of Science in Genetics from Queen Mary, University of London and continued in the same field where she studied a Masters in Forensic Science in Kings College, London. She returned to the UAE late in 2006 where she joined the Genetics Centre, in Dubai Health Authority as a Cytogeneticist until 2008. She was part of the organizing committee of the 2nd PAN Arab Human Genetics Conference in 2007.

In the UAE, Shurooq pursued another postgraduate degree and graduated in 2010 with distinction in a Masters of Strategic Marketing from the University of Wollongong in Dubai.

Currently, Shurooq handles the Marketing and Communication of the Noor Dubai Foundation, the non-profit-organization, focusing on the field of prevention of blindness globally. Shurooq joined Noor Dubai at the time of its initiation by the ruler of Dubai in 2008 and she played an important role in organizing the treatment programs including the successful mobile eye camps that took place in remote villages and areas all over Africa and Asia. Of recent, her work has taken her to Togo, Burkina Faso and Ghana in West Africa as part of the organizing team.  Shurooq also manages the annual successful charity ART exhibition and auction ART4SIGHT where all proceeds go to the prevention of blindness and its treatment in poor countries. Shurooq is one of the 8 individuals who were awarded by the Ruler of Dubai for their work in Noor Dubai Foundation. In her free time, Shurooq enjoys public speaking and currently holds the title: 3rd place winner in the World Championship of Public Speaking 2013 making her the first Arab to achieve this merit.

“The leaders of tomorrow are our focus and the foundation of the future. Our duty is to advance their skills and knowledge to continually enhance the quality of public administration.”   HH Sheikh Mohammed Bin Rashid Al Maktoum

Launched in 2005 under the patronage of His Highness Sheikh Mohammed Bin Rashid Al Maktoum, UAE Vice President, Prime Minister and Ruler of Dubai as the first research and teaching institution focusing on governance and public policy in the Arab world.The School aims to support good governance in the UAE and the Arab world, and build future leaders through an integrated system offering education and training programs, as well as research and studies.

The School’s operations are founded on global best practices developed in collaboration with the Kennedy School at Harvard University, and it is considered a unique model for academic institutions in that it focuses on the practical side of governance.The School also collaborates with several government and private institutions both regionally and internationally.

The overall design and implementation of training programs is built on the foundation of scientific thought and is inspired by the reality of Arab public administration and with a view to addressing the issues and helping future leaders meet the challenges facing public administration in various parts of the Arab world.The School also organizes international and regional conferences and specialized workshops, and holds forums to facilitate the exchange of ideas and knowledge between Arab region and the world.

University of Wollongong in Dubai

The University of Wollongong in Dubai (UOWD) is one of the UAE’s oldest and most prestigious universities. Established in 1993 by the University of Wollongong in Australia, currently ranked in the leading universities in the world, UOWD represented a very early Australian initiative in the Gulf region. From a small beginning opposite Al Mulla Plaza, through its landmark presence on Jumeirah Road to its current location at Dubai Knowledge Village, UOWD is now recognized as being an integral part of Dubai.

As an independent UAE institution of higher education, UOWD attracts students not just from the UAE and Australia but from all over the world. Approximately 3,500 students representing almost a hundred nationalities are currently enrolled at UOWD and enjoy a quality academic experience.

UOWD has been the incubator for the AIBMENA initiative, provides structural support, and a sponsor of the Actions and Insights book series Volume 1-5.  UOWD has actively sponsored the local AIBMENA meetings and the Journal of International Business Paper Development Workshops. UoWD was the host university of Aibmena from 2010 to 2019.

Zayed University is a national and regional leader in educational innovation. Founded in 1998 and proudly bearing the name of the Founder of the Nation – the late Sheikh Zayed bin Sultan Al Nahyan, this flagship institution has met the President’s high expectations. Today, Zayed University has two modern campuses in Dubai and Abu Dhabi that welcome both national and international students. Zayed has regularly helped sponsor the local AIBMENA Chapter conferences.

This website uses cookies to improve your experience while you navigate through the website. Out of these cookies, the cookies that are categorized as necessary are stored on your browser as they are essential for the working of basic functionalities of the website. We also use third-party cookies that help us analyze and understand how you use this website. These cookies will be stored in your browser only with your consent. You also have the option to opt-out of these cookies. But opting out of some of these cookies may have an effect on your browsing experience.
Necessary Always Enabled
Necessary cookies are absolutely essential for the website to function properly. This category only includes cookies that ensures basic functionalities and security features of the website. These cookies do not store any personal information.
Non-necessary
Any cookies that may not be particularly necessary for the website to function and is used specifically to collect user personal data via analytics, ads, other embedded contents are termed as non-necessary cookies. It is mandatory to procure user consent prior to running these cookies on your website.
SAVE & ACCEPT
Go to Top